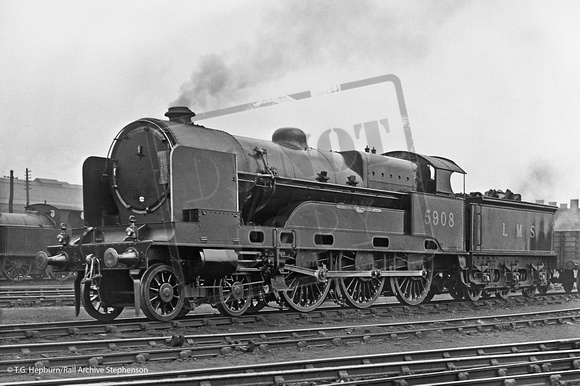 The first Claughton rebuilt with Caprotti poppet valve gear, in August 1926, No.5908 Alfred Fletcher, one of the early, 1913-built engines which was also fitted with a larger G9½S boiler, in January 1929. This ex-works picture was taken at Crewe on 11th June 1932 and shows it newly equipped with flat smoke deflectors. No.5908 would remain in traffic for only another four years and was withdrawn in September 1936.
Photo: T.G. Hepburn/Rail Archive Stephenson
T.G. Hepburn/Rail Archive Stephenson
Powered by ZENFOLIO User Agreement
Cancel
Continue