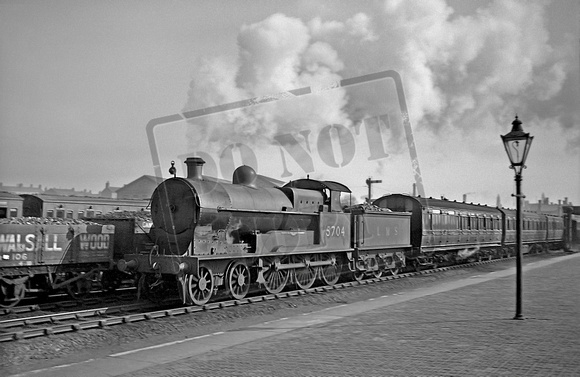 Ex-London & North Western Railway Bowen Cooke 'Prince of Wales' class 4-6-0 No. 5704 'Scotia'. Built at Crewe in March 1919 as L&NWR No. 1584 and withdrawn in September 1936 as LMS No. 25704. 'Scotia' is making an evening northbound departure from Northampton Castle Station in April 1934. This class of 246 locomotives was rapidly diminishing by this time. Only 22 survived by the onset of WW2 and just six entered BR service but were scrapped almost immediately.