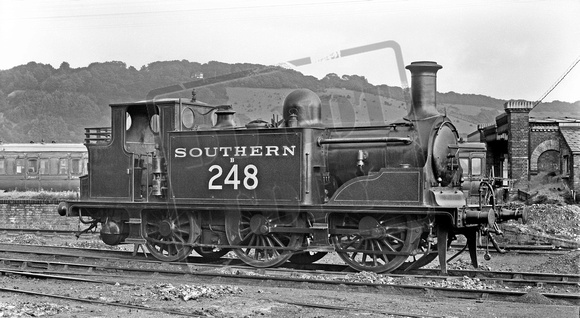 Under the 1931 re-numbering scheme this loco would have lost the ‘B’ prefix and had 2000 added to its number. This obviously hadn’t happened at the date of the photograph which suggest at least pre-1931. However, of course the re-numbering would have taken a few years to fully implement and 248 was withdrawn from service I believe in 1933 so I would say there was a good chance it never got re-numbered.
Anyhow a nice shot of it in the yard at Dorking with Box Hill as a backdrop.
Powered by ZENFOLIO User Agreement
Cancel
Continue