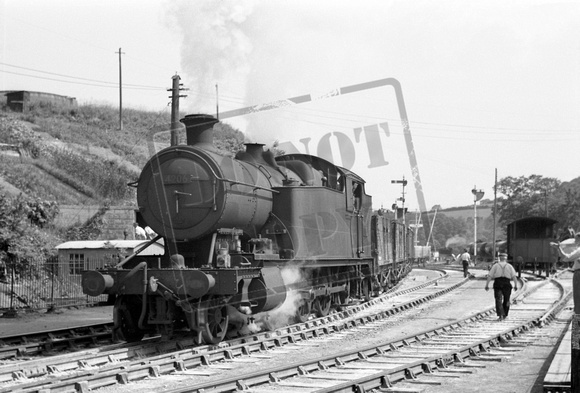 On an empty china clay train

The docks at Fowey and at Par were two important destinations for china clay brought down from Dunmere in North Cornwall via Bodmin General and Bodmin Road stations , in addition to china clay transported by rail down from the extensive workings on the southernmost edge of Dartmoor situate at Lee Mill , to the north of Plymouth .
More used to handling heavy coal trains in their native South Wales a number of these 42XX class heavy freight locomotives were kept at Saint Blazey shed for use on the heavily loaded china clay workings to and from the docks at Par and Fowey , handling up to a maximum of twenty loaded fifteen ton wagons before assistance was required.
That isn't frost or snow on the ground , but china clay dust , as would be expected !
Powered by ZENFOLIO User Agreement
Cancel
Continue