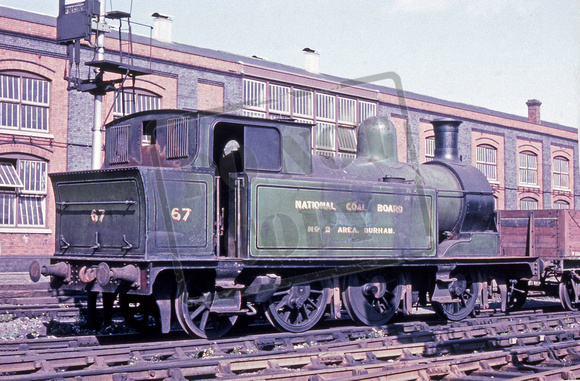 Absorbed into the GWR fleet, No.28 was renumbered as GWR 450 It was withdrawn from service on 30 October 1926, but was found to be in good mechanical condition and sold to Government in 1927, for use on the Woolmer Military Instructional Railway, later called the Longmoor Military Railway. The engine was named "Gordon", after the General of Khartoum.
During WW2 No.28 was renumbered W.D 205, then W.D 70205, before becoming surplus again and put into storage. It was then sold in 1947 to the NCB and used at Hetton Colliery . It was renumbered No.67, though still retaining the "Gordon" nameplates, but by 1959 it needed boiler repairs and was withdrawn from service in 1960.
Following requests to NCB that it should be saved, it was successfully presented to British Railways for preservation in 1962.
© Rail-Online
Powered by ZENFOLIO User Agreement
Cancel
Continue