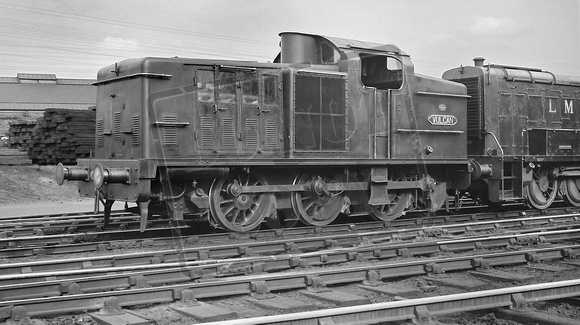 Vulcan-Frichs 6-cylinder, 275hp experimental 0-6-0 Diesel-Mechanical Shunter 'Vulcan'. Built by Vulcan Foundry of Newton-le-Willows in 1936 and transferred to the War Department as WD No. 75 (later 70075). It was sold for industrial use in Yugoslavia after WW2 and its withdrawal date is unknown. This fascinating diesel shunter was loaned to the LMS for evaluation in 1936 but they chose not to place any orders. It is seen here at Crewe South MPD in May 1938.