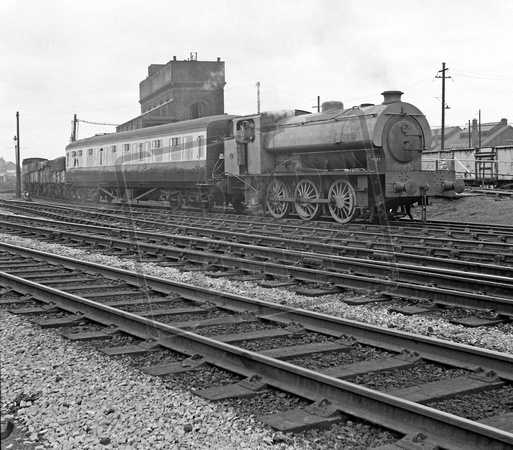 Rebuilt by Hunslet involved fitting a form of Kylpor ejector system and the provision of a underfeed stoker with a modification the coal bunker to allow a hopper feed to the stoker. Seen here at Swindon shed in 1963.

Hunslet 3883 is coupled to GWR Dynamometer Car for testing on the 18 miles stretch of mainline between Yarnton and Kingham on the Oxford – Worcester mainline. These tests were the last time a steam locomotive was formally tested by British Railways with a dynamometer car.
© Rail-Online
Powered by ZENFOLIO User Agreement
Cancel
Continue