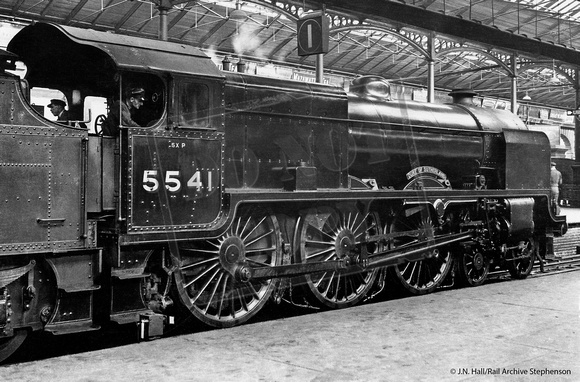 Patriot 4-6-0 No 5541 Duke of Sutherland on arrival at Euston in c1937. A good example of the 1936 livery with sans serif cab numbers. Although they were supposed to be only for use on new engines until all stocks of the scroll and serif transfers had been used up, a number of the Patriots in the 5500-5541 series received them. Only the cab numbers and tender lettering were changed, the scroll smokebox plates were retained.
Photo: J.N. Hall/Rail Archive Stephenson
J.N. Hall/Rail Archive Stephenson
Powered by ZENFOLIO User Agreement
Cancel
Continue