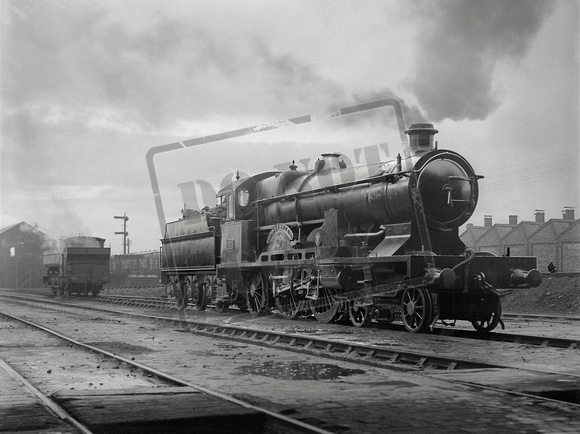 The character of George Jackson Churchward was never better exhibited than in his faith that the best express locomotive design that Europe could offer, could (and would) be bettered by his own comparative designs. He (or perhaps more accurately the GWR board), sanctioned the purchase of three French Compound Atlantics. Churchward's proved that his non-compound 4-4-2s and 4-6-0s were superior in most respects and simpler to maintain. Genius! One of the losers, 'Alliance' is seen at Oxford MPD in April 1927.