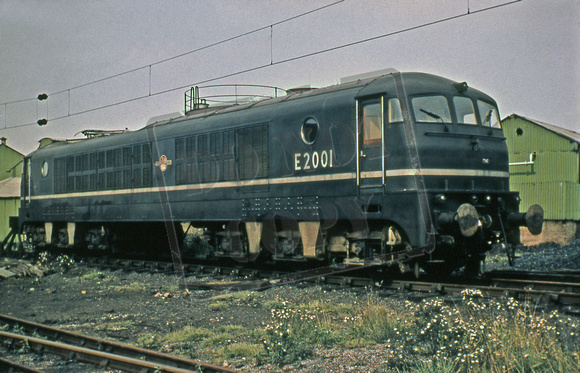 Peter Kerslake says "This is the former Metropolitan Vickers Gas Turbine 18100 which following withdrawal from service with British Railways Western Region and an abortive attempt to convert it to use alternative fuel oil was stripped of all its gas turbine power equipment. It ended its days as a crew training locomotive for the forthcoming electrification of the West Coast main line then subsequently as a static test plant for wind effects on the overhead pantograph systems.
Whilst on crew training duties in the early 1960s it was allocated to Longsight. The locomotive was eventually scrapped at Tipton in 1972."
Powered by ZENFOLIO User Agreement
Cancel
Continue