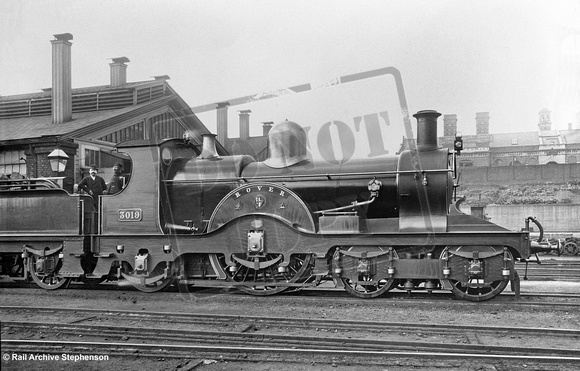 Peter Kerslake says "3019 was one of twenty built in 1892, following ten earlier examples dating from 1891. All thirty were initially built with a 2-2-2 wheel arrangement but received extended front frames together with four wheel bogies in 1894.
Fifty more "Singles" followed later, built as 4-2-2s from new. The classs aw regular service on the relatively flat and fast line from Paddington to Bristol and as far west as Newton Abbot, but they were unable to tackle the formidable banks further west due to their single driving wheels."