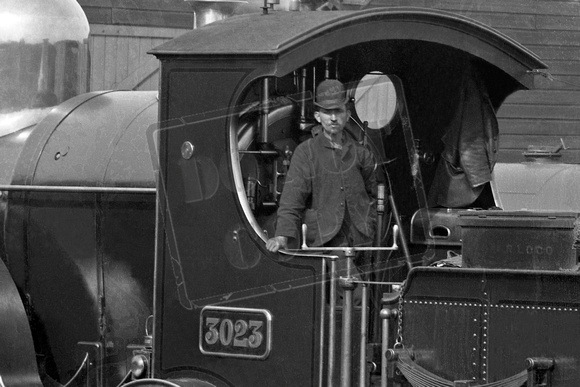 This glass half plate negative was produced by the Islington Photographic Studio in 1891; photographer Walter Walden.

An extremely slow emulsion speed has resulted in a remarkably grain-free image; the man on the footplate will have had to remain motionless for many seconds in order to obtain this photograph. No 3023 was converted from broad to standard gauge in 1892 and the following year became a 4-2-2 by addition of a front bogie.