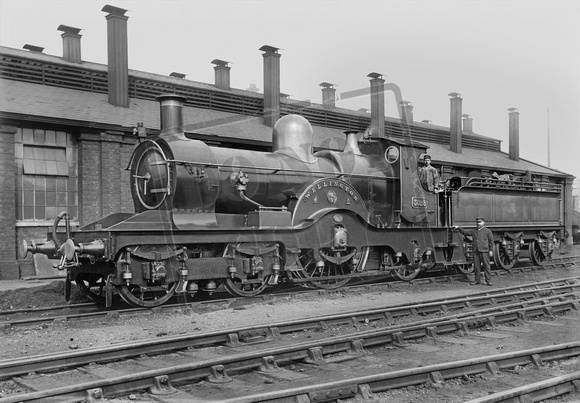 This magnificent locomotive was a rebuild from a 2-2-2 broad gauge 'convertible' built in August 1891. In spite of it's superb design and appearance this William Dean locomotive was to have a short life of only 15 years, a victim of newer, more powerful locomotives needed to haul increasingly heavy trains. A gem of a photograph taken at Westbourne Park MPD, Paddington circa 1895. Restored from an original period 8"x10" print.