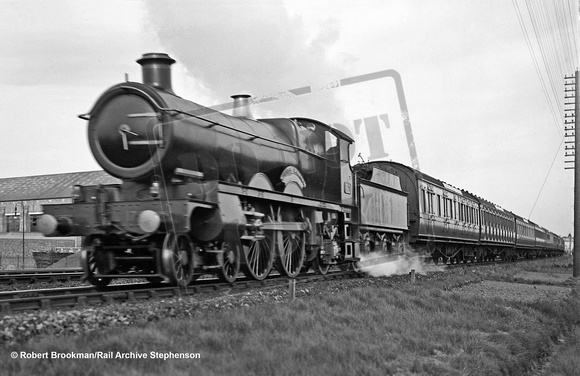 Peter Kerslake says "Scott" class 179 was one of the batch of nineteen of this class built at Swindon in 1905, the forerunner of the "Saints" with many being converted into "Saints" between April 1912 and January 1913, this locomotive being so converted in August of 1912.
Originally named "Magnet" from new, with flush fitted nameplates, 179 was renamed "Quentin Durward" in March 1907 when names from characters in the novels of Sir Walter Scott were chosen for a number of nameless class members together with a few name changes, as with 179 .
Renumbered to 2979 in late Decmber of 1912, and now in the ranks of the "Saints" 2979 in her rebuilt form lasted in service until being condemned in January of 1951."