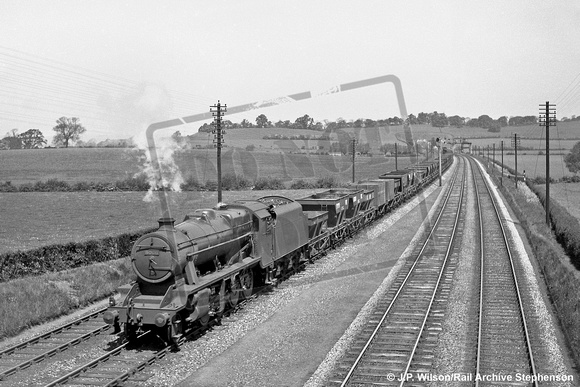 LMS class 8F 2-8-0 No 8066 passes Ratcliffe on Soar south of Trent with an up train of iron ore empties on May 19, 1940. This was one of the many 8Fs requisitioned by the WD in 1941 never to return to the UK. In fact it never made it to the Middle East; 8066 was lost overboard, having been embarked on the SS Pentridge Hall, when its voyage from Swansea to Persia ran into trouble: four of the 12 locomotives (not attached to their tenders) were lost overboard in bad weather in December 1941, one of which was 8066, the others were 8068, 8071 and 8087.

Others were lost when transport ships were sunk and the wreck of SS Thistlegorm and its engines are a divers paradise to this day in Egypt.