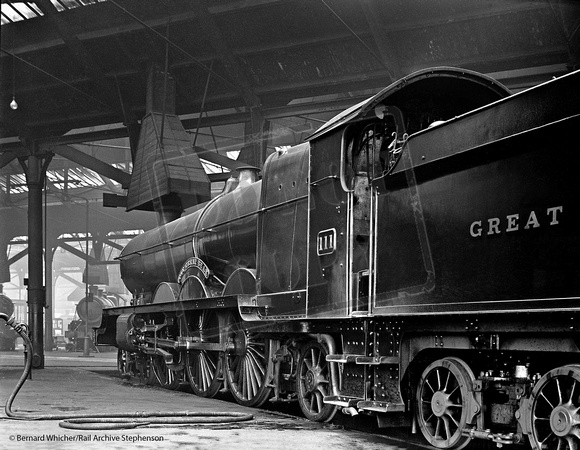 Peter Kerslake adds the details "The eight wheel tender despite its impressive size held just the standard six tons of coal and 3500 gallons of water. The brakes fitted to the tender wheels show well in this view, the tender outliving 111 by twelve years, being coupled to a number of 'Saint', 'Star' and 'County' class locomotives between 1924 and 1936 when it too was finally taken from service.
Earlier in its life The Great Bear had been fitted with a rearward extension to the cab roof, but this caused problems for firemen in attempting to lift the lengthy fireirons necessary for the extended firebox, which often became wedged between the roof extension and the footplate floor."