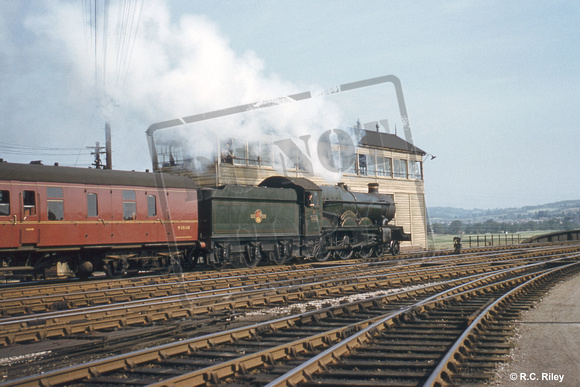 Peter Kerslake adds "Old Oak's 5055 heads past Newton Abbot's impressive East Box with the racecourse behind as it lifts the 'Devonian' away. It will work through to Bristol Temple Meads where it will hand over to a London Midland Region engine, usually a 'Jubilee'.
Leaving Paignton at 9.15 a.m. the Devonian will head up the former MR line to Birmingham, calling at Derby, Sheffield and Leeds before terminating at Bradford."
© R.C. Riley
Powered by ZENFOLIO User Agreement
Cancel
Continue