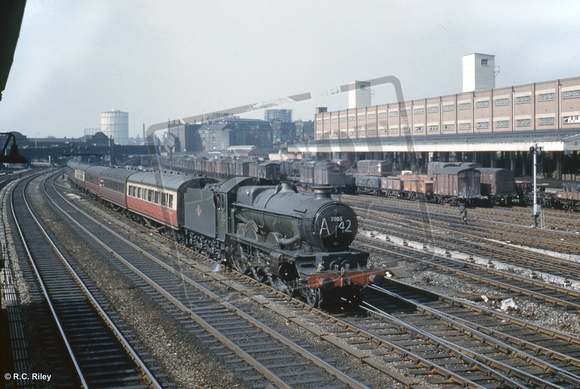 Castle No.7005 Sir Edward Elgar at Subway Junction with an Up express on 10th September 1960. Peter Kerslake adds "Constructed at Swindon in June of 1946 and originally named "Lamphey Castle" until renamed "Sir Edward Elgar" after the musical composer in August of 1957.
A Worcester engine throughout its working life this is doubtless a working from Hereford and Worcester nearing the end of its run into Paddington with a mixture of stock and with the engine not looking as clean on this day as Worcester "Castles" usually were kept."
© R.C. Riley
Powered by ZENFOLIO User Agreement
Cancel
Continue