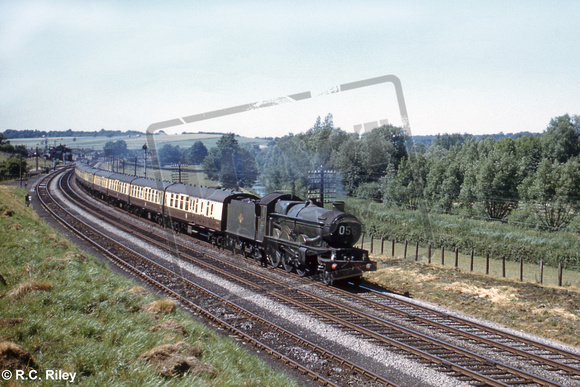 Castle No.5075 Wellington on the Up Torbay Express at Hungerford on 4th July 1959.

Peter Kerslake adds "With a matching rake of chocolate and cream stock, Exeter's 5075 is on a working usually shared between Newton Abbot and Old Oak Common Castles. It was built at Swindon in August 1938 and renamed from its original Devizes Castle in October 1940. Its early years were spent at Wolverhampton Stafford Road with later moves to Chester and Laira before finally being condemned in September 1962 from Bristol Bath Road."
© R.C. Riley
Powered by ZENFOLIO User Agreement
Cancel
Continue