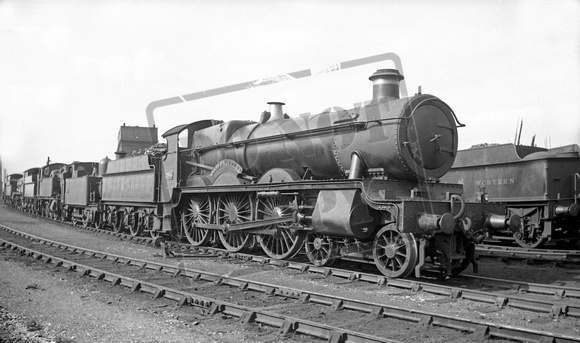 Peter Kerslake says "Saint class 2953 Titley Court has the outside steam pipes fitted in April 1932. It was built in March 1913, one of the last batch of 25 entering service between 1911 and 1913, all bearing "Court" names, some of which were the homes of Directors of the GWR.
In their early years the "Saints" saw service on the Paddington to the West of England expresses, later working between West Wales and Paddington. In their later years they worked mainly on secondary passenger turns although they were still used to head additional Summer passenger workings as late as 1952. Only 47 of the original 77 passed into British Railways ownership, the first having been withdrawn long before in 1931 when 2985 became the first to go."
Powered by ZENFOLIO User Agreement
Cancel
Continue