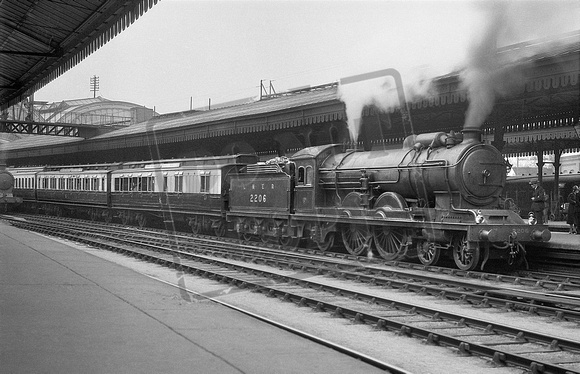 Ex-North Eastern Railway Raven 'Z' (LNER 'C7') class 4-4-2 No. 2206. Built at Darlington in November 1916 and withdrawn in November 1947 as LNER No. 2991. Waiting to depart from York Station with an up express featuring clerestory roof stock on at least the first three carriages.The disfiguring ACFI feed water heater was fitted in January 1928 but removed in June 1941 to simplify maintenance as a wartime economy measure.