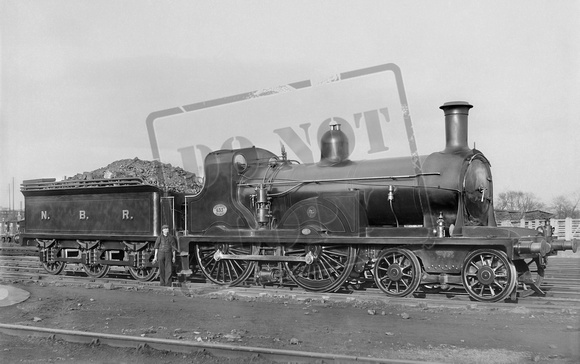 The North British Railway was one of several pre-grouping railways that employed 'Official' photographers. The NER and LB&SCR in England and the CR, HR and NBR in Scotland were particularly prolific in this respect. Fortunately many of their efforts have survived as in this splendid view at the NBR's Perth MPD taken circa 1900.