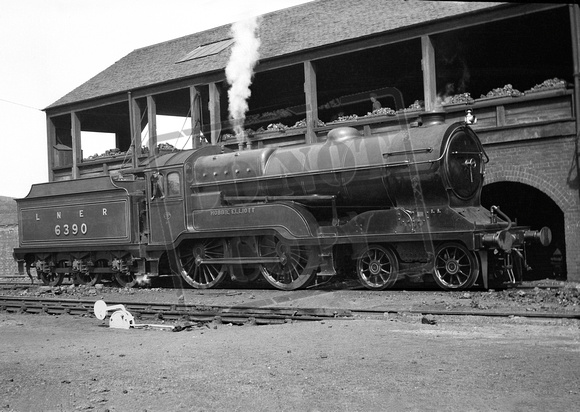 Peter Kerslake says "The thirteenth of the 24 "Improved Directors" introduced in 1924, 6390 Hobbie Elliot.
It ended its days at Haymarket, one of the first two of the class to be condemned in September 1958, then numbered 62683, in company with 62679 Lord Glenallan.
Introduced for working north of the border on former North British Railway territory in Scotland all were still in service in the mid 'fifties, with 14 at Eastfield and the remaining ten at Haymarket."
Copyright David P Williams Archive / Rail-Online
Powered by ZENFOLIO User Agreement
Cancel
Continue