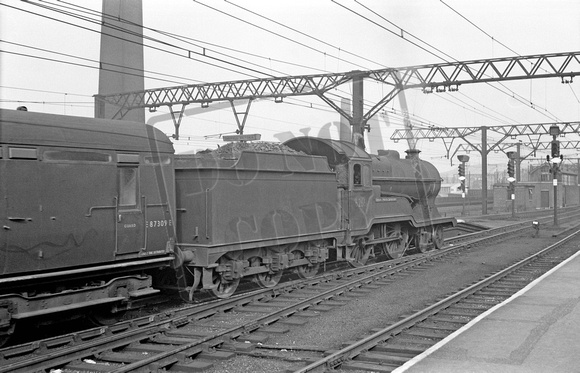 Peter Kerslake says "In typical 1950s condition at Sheffield Victoria, D11 class "Improved Director" 62661 Gerard Powys Dewhurst, the second to be built at Manchester's Gorton Works following the end of the First War.
Built in February 1920 62661 was in service for forty years before being condemned in November 1960, so it did very well. Its early years had been spentat London's Neasden depot from where it would have worked out of Marylebone over the Great Central main line."
Powered by ZENFOLIO User Agreement
Cancel
Continue