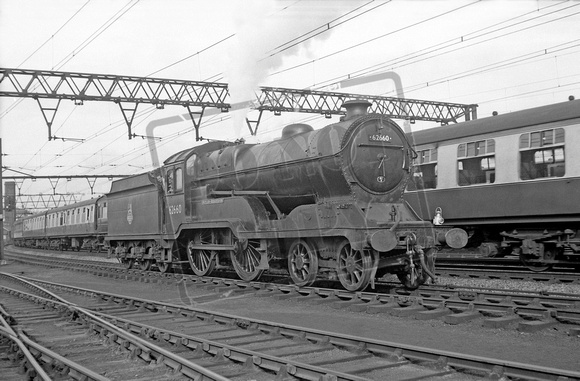 The D11 is on the RCTS South Yorks No.4 Rail Tour.
Peter Kerslake says "The D11 or 'Improved Director' class was a development by the Great Central Railway from its D10 or Class 11E original 'Director' design dating back to 1913. Butler Henderson, the pioneer initially numbered 506 entered service in December 1919 and, in common with its predecessors, beingwas allocated from new to Neasden Depot from where it worked out of Marylebone over the Great Central network.
Later years took Butler Henderson north in 1925 to Manchester's Gorton and Leeds Copley Hill depots before it headed back again to Neasden from 1932 until 1938 before to a move to Sheffield and then Mexborough.
As BR number 62600 Butler Henderson was to see service from Immingham from where it was rostered to passenger duties throughout the Eastern Counties to Doncaster, Lincoln and Boston before moving north again in 1951 to Manchester's Trafford Park where it was later stored put of use until October 1953.
Ending its days in late 1960 Butler Henderson was restored to its former glory and GCR. colours by Gorton Works in 1961 for static display, initially at Clapham Transport Museum."
Powered by ZENFOLIO User Agreement
Cancel
Continue