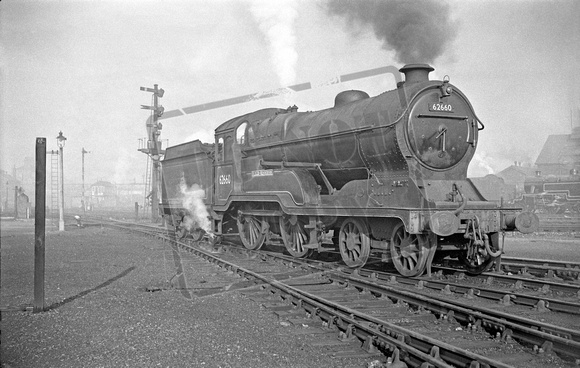 Peter Kerslake says "62660 Butler Henderson when it was allocated to Lincoln St. Marks M.P.D., its home from 1953 until 1957. Lincoln's 'Directors' were rostered to passenger services to Derby and also to Nottingham.
Butler Henderson had enjoyed a varied life during its 41 years in service, being allocated to a number of depots beginning with Neasden in December 1919 as a newly built engine, but later working from Gorton, Leeds Copley Hill, Sheffield Darnall, Mexborough, Immingham, Trafford Park and Lincoln before being condemned whilst at Gorton Works in late 1960, although happily 62660 evaded the cutters' torches and was saved for preservation."
© Rail-Online
Powered by ZENFOLIO User Agreement
Cancel
Continue