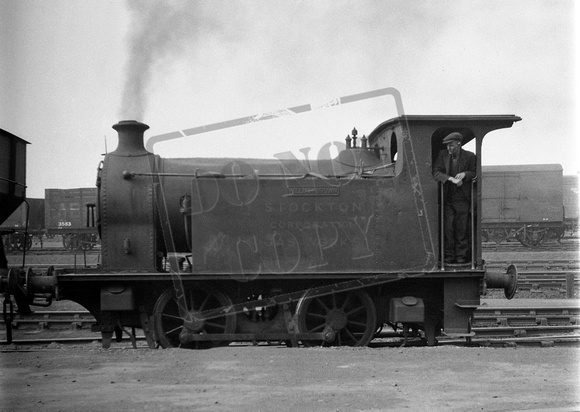 In 1930 the LNER sold Y7 0-4-0T No 945 to Stockton Corporation gasworks for £317, the locomotive becoming the gasworks shunter No 3. In order to pass under the gasworks gantry the characterstic tall LNER chimney was replaced by one much shorter and the whistle relocated from the top of the cab. The engine was named ‘William Brown’ on 15/10/45 in honour of the councillor of Stockton Corporation Gasworks Committee who had been largely responsible for refubishment of the engine in 1945 by the LNER at Darlington Works. Built in 1888 the engine was finally scrapped in August 1953 following dieselisation of the gasworks shunters.