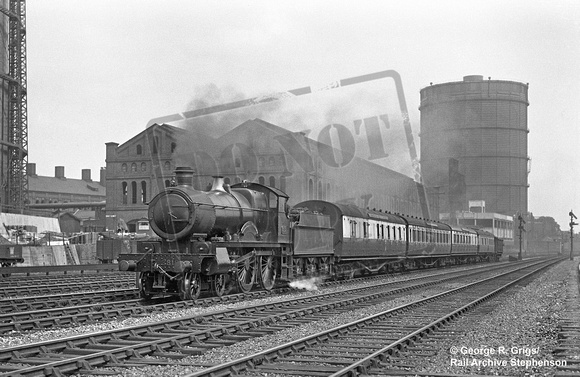 GWR County class 4-4-0 No 3818 County of Radnor passes Kensal Green gas works on the Down Relief with a down semi-fast from Paddington in August 1931.

Peter Kerslake says "3818 gathers speed after leaving Paddington with a four coach semi-fast (actually a three coach set plus a 70ft Dreadnaught strengthener) complete with an added van plus a low siphon milk van at the rear.
Built in December 1906 3818 was in its final month in service. Its last home depot was Swindon."