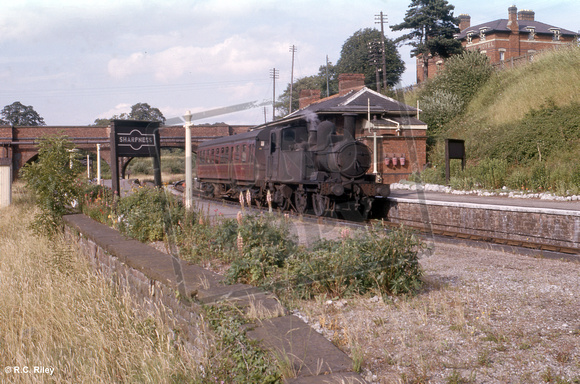 Peter Kerslake adds"The Sharpness services ran across the Severn to Lydney before the Severn bridge was brought down by the fuel laden barges hitting it and exploding on the night of 25 October 1960 thereby terminating all trains at Sharpness.
Following termination of the Sharness and Chalford auto-train services a number of Gloucester Horton Road's 14XX class were stored out of service at the nearby and by then closed Gloucester Barnwood and I photographed this one there on 27 October 1964 so it didn't quite make it to the end of that month."
© R.C Riley
Powered by ZENFOLIO User Agreement
Cancel
Continue