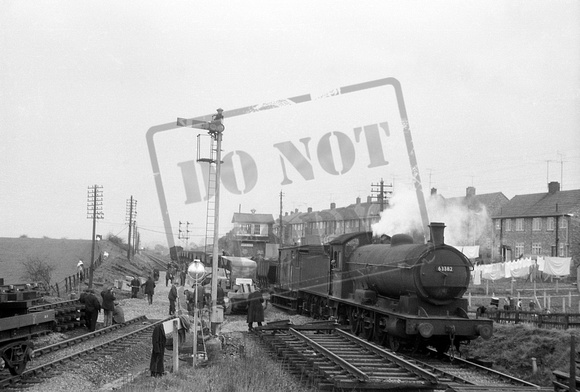 An interesting shot showing a major track relaying operation at Norton South Jct. (The exact location is just north of the spot where no 60516 was seen, looking in the same direction.) In 1959 such work employed large numbers of men compared with later times.

The signal box was built in 1870 and is still open (2020), being the oldest operational box on Network Rail. It now controls colour light signals and the junction.