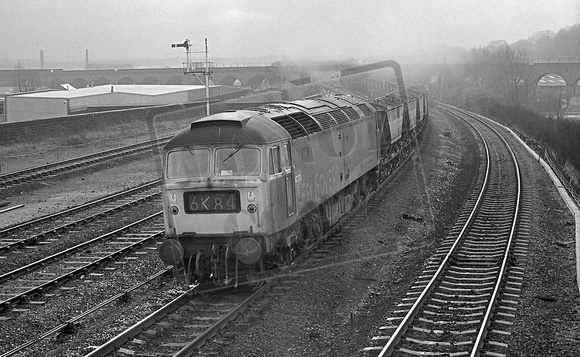 Adorned with a local partisan slogan of 'Fev Rovers', a Featherstone Rugby League fan proclaims his loyalty! 47373 is arriving from the west and is passing Wakefield Kirgate West Box from where the photo was taken. The famed '99 Arches' viaduct can be seen crossing this ex- L&Y route. It carries the Leeds to Doncaster line on former GN/GC metals. In fact, 99 is a misnomer and there are at least 110 arches as 'Google Maps' has since revealed.