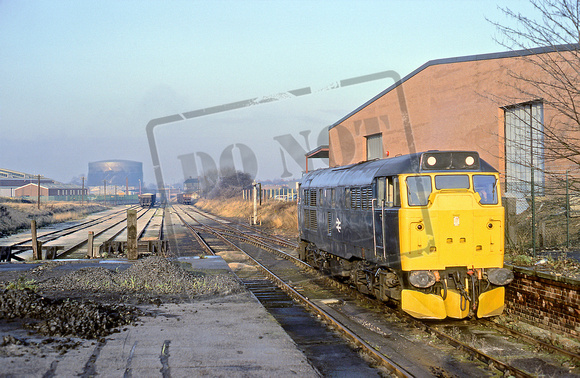 York kept a bit of a secret from most railway enthusiasts. Branching off the Scarborough line and snaking its way just under 2 miles into the heart of the city and named after the River Foss, was the 'Foss Islands' branch. It served the Rowntrees confectionery factory for their employees and Redfearns glassworks where the principal commodity delivered was sand. The yellowed, sand-strewn sidings are seen here on a glorious December day in 1982 with sparkling 31273 ready for the return journey. The branch closed in 1989.