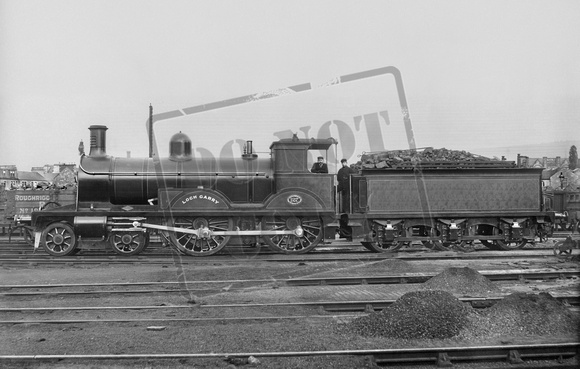 Fifteen of David Jones' 'Loch' class were built by DŸbs & Co. in 1896 and a further three by their successor NBL in 1917, no less than 21 years later! The key to identifying this location was the 'Waverley Hotel' seen on the extreme right. It was located in Perth and was only demolished in 2017 after a long period of dereliction followed by vandalism by fire damage.