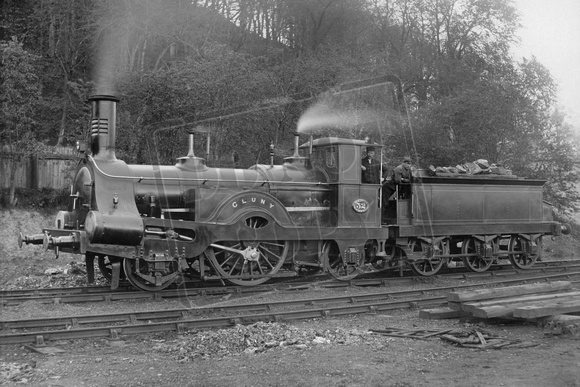 Seen in the sylvan surrounds of Dingwall MPD probably in the 1880s, No. 32 is in virtually original condition. She has however, received a 'louvred' chimney introduced and designed by David Jones after becoming CME in 1870. The 18 locomotives of this class were all rebuilt as 2-4-0s except for 'Cluny'. Restored from an original period 8"x10" print.