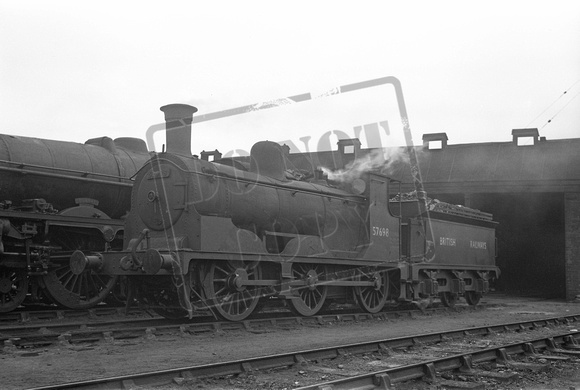 Andy Neil comments "57698 is an ex Highland Railway, (Not CR), Barney class loco.They are very similar to the small Jumbos of the CR.