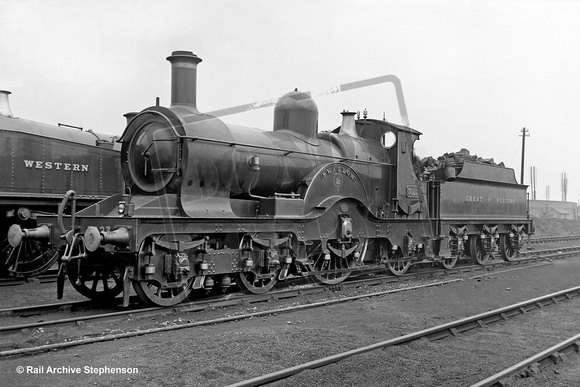 Peter Kerslake says "Extremely handsome engines especially when running at speed with all their valve gear and rods hidden within their frames the Dean "Singles" first emerged from Swindon Works in 1891. 3023 was the third of eight built that year, all constructed originally as 2-2-2 broad gauge locomotives which were converted to standard gauge six months after entering service.
Following complaints from enginemen of poor riding characteristics, and after 3021 Wigmore Castle suffered a broken leading axle and derailment in Box tunnel in September 1893 all were converted to 4-2-2s. The first to be condemned was in 1908 and the last in 1915."