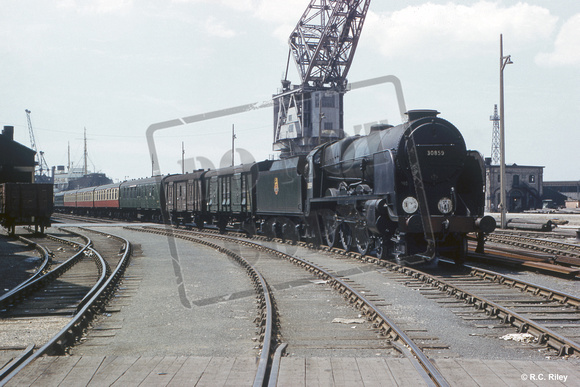 Robert Waterman "The use of the headcode seen here would have been fairly rare. It shows Southampton Docks - Waterloo via East Putney using the Southern Region tracks between Wimbledon and East Putney on whose passenger service was operated by LT as part of the Wimbledon branch of the District Line. Most likely due to engineering work between Wimbledon and Clapham Junc.or some other operating problem (given the date shown was a Wednesday). I believe this section of line was transferred to TfL on privatisation but still used by National Rail for some ECS between Wimbledon Depot and Waterloo and at least one early up and one down late passenger service".
R.C. Riley
Powered by ZENFOLIO User Agreement
Cancel
Continue