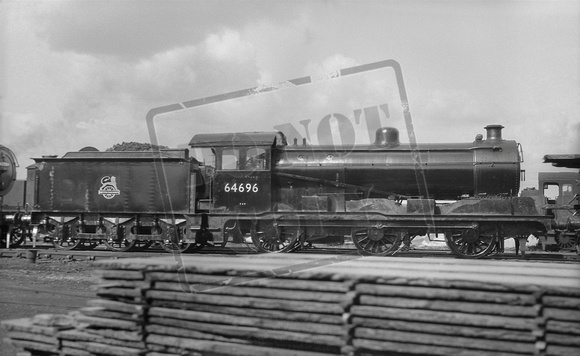 Alfred John Hill was the last (and arguably least known) CME of the Great Eastern Railway, serving from 1912 to 1922. His sturdy and reliable 'J19' and similar 'J20' 0-6-0s were mainstays of the GER's freight fleet and were the most powerful 0-6-0s in Britain when introduced in 1920. All were modified by Gresley, their Belpaire boilers were replaced with his round-topped design as seen here at Stratford in September 1953.