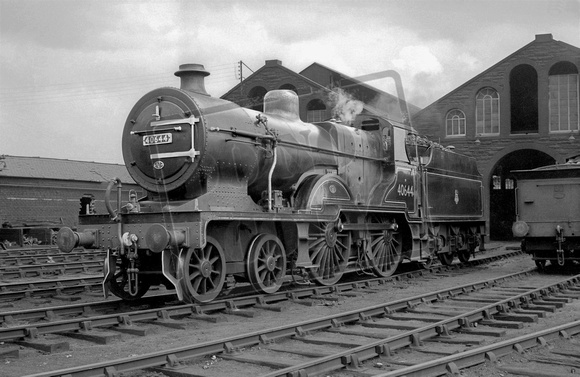 The LMS eventuallly provided the former Glasgow & South Western section with somewhat more modern and capable locomotives than had been left after Robert Whitelegg's disastrous tinkering in the years after the Great War. Fowler's '2Ps' in particular were much better received than elsewhere on the LMS system. Even in the mid-1950s they were still very well turned out and appreciated by their crews. This can be confirmed by this fine portrait taken at Hurlford MPD in August 1955.